In Sydney, this weekend for first sold out Mastering Lower Limb Tendinopathy Course of the year – other dates around Australia can be found here.

Background: Although the Achilles tendon is the strongest and largest in the body, it is commonly injured. Most likely because it undergoes high and repetitive loading. Achilles tendinopathy is a common running injury, but it is also very common among people who do not run, as walking is a relatively high loading activity for the Achilles tendon. The authors argue in their intro that foot pronation is thought to be ‘strongly associated with Achilles tendon injuries’ (more on that later). Possibly the whipping or torsion of the tendon described by Clement way back in 1984 explains this. The authors aim was to test this hypothesis by measuring blood flow in the tendon pre and post running.

What they did: Healthy participants were asked to run barefoot for 10 minutes and then with neutral running shoes for 10 minutes. Three Achilles tendon blood flow measurements were taken, baseline, post barefoot and post shod running. Participants were asked to self-select running speed and this was monitored to ensure consistent through both trials. Blood flow was measured with an oxygen-to-see device which measures the perfusion and oxygenation of the subcutaneous tissue up to a depth of 8 mm using an optical fiber probe. To do this it used both white light spectroscopy (wavelengths of 500-800 nm) and the laser Doppler technique (830 nm and 30 mW). They used 4 synchronised high speed cameras to measure 2D kinematics (sagittal and frontal planes) during running on a 45-meter track. Kinematic variables related to ankle dorsiflexion and one of the components of pronation ie foot eversion (eversion excursion, dorsiflexion excursion, average and maximal velocities, and initial foot strike pattern). They investigated whether kinematic variables influenced Achilles blood flow after each running condition.

Clinical interpretation: This is an interesting study in that the authors have identified a potential mechanism between foot eversion and Achilles tendon pain. The authors suggest antipronation measures such as taping, orthoses or foot intrinsic muscle exercises may reduce the risk of Achilles tendon pain onset. A strength of the study is they controlled for speed and considered the influence of foot strike.

Given the at best weak relationship, the issue with intervening with a blanket strategy for people who may display increased foot eversion and giving them foot orthotics is that you will be treating lot’s of people who although have this risk factor, may never develop the injury. You may run the risk of causing them harm or impairing performance. The other problem clinically is identifying excessive pronationor eversion accurately. 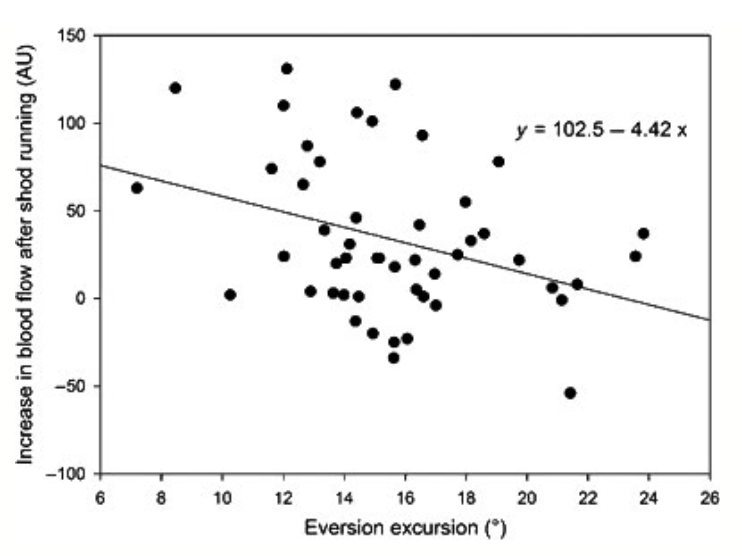 3. Further, can we prevent injury with shoe inserts? There are only very few studies that I am aware of that investigate the influence of shoe inserts on Achilles tendon pain onset. House et al. 2013 found that shock absorbing insoles reduced the incidence of Achilles tendinopathy during marine training. However, Larsen et al. 2002 found no effect of custom made shoe orthoses, again in a military population.

Although I may not agree with the clinical implications of the study, there is not doubt this study is novel and very interesting, and gives a snapshot of load profile on the tendon with a specific kinematic pattern. The authors should be congratulated for this. Follow up prospective work (rare as Hens teeth in the tendinopathy aetiology literature) would be lovely to see! 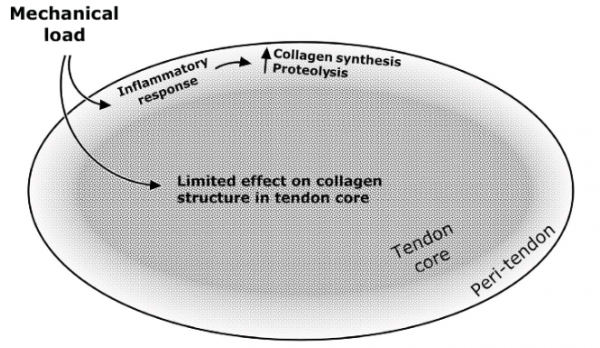 Tendinopathy Updates (FREE)May 2016
What is the best way to load pathological tendon?