On my home from from the Sports Chiropractic Australia conference – good to meet lot’s of forward thinking Chiros and thanks for the invite Luke Nelson @Chiro_Solutions !!

Melbourne leg of the Mastering Lower Limb Tendinopathy course this Friday, looking forward to it. Limited places available in Adelaide, Brisbane and Perth.

The blog this week (subscribe here) focuses on a recent systematic review that examined return to sport after Achilles tendon rupture. Not surprisingly, there are a significant proportion that do not return to sport at the same level. The key questions are why do some not return and this obviously informs our thinking about the criteria we should consider for readiness to return to sport. Discuss both of these hot topics in the blog.

Background: Achilles tendon rupture has the highest incidence at age 40-60 and >60 years old. But there are reports that only half the patients return to sport (RTS) after a year (e.g. Moller et al 2001). There may be multiple reasons for this including continued calf dysfunction and which can persist up to 10 years post rupture (e.g. Lantto et al. 2015). Others may not recover power or plyometric function, or develop other injuries that hold them back from RTS. Fear of re rupture, or rupture of the other side is also really common. Arøen et al. 2004 found a massively elevated risk of rupturing the contralateral side over 4.2 year mean follow up (odds of 176 compared to the general population). This can be really really scary for patients – definitely don’t tell them! You may tell them they have an elevated risk, but don’t mentioned the stats!

Important to note that the ones that present with pain on the other side (as is very common) after they have ruptured one Achilles, are probably not the ones that have the increased risk of rupture, because they have pain. This little bit of education is so powerful to reduce fear and hyper-vigilance. To really reinforce the low risk of rupture for the patient ask them if they had pain prior to rupturing the opposite side, and the answer is often NO (you’re in a spot of bother if it is yes!).

What they did: Anyway, back to the point of this blog and that is RTS after Achilles tendon rupture. Zellers et al. were interested in RTS after AT rupture, in particular how many RTS and how long it takes. They included RCT’s, cohort studies and case series that investigated outcome after Achilles tendon ruptures that had been treated acutely (ie within 4 weeks), and they had to have included RTS as one of their outcomes.

What they found: Patients in the included studies had a mean age of 41.4 +/- 6.8 years, and 79.6% were men, which is very representative of the AT rupture population you see clinically.

The pooled rate of RTS based on 98 studies was 80% (CI 75% to 85%). They separated studies into those with well described RTS (eg studies that specified that they had returned at the same level of sport, or provided exact questions they asked to determine level of return to sport) versus those that did not fully describe RTS. Those that described RTS well reported significantly less people returning to sport ie 77% (95% CI 70% to 83%) versus 91% (95% CI 84% to 96%).

There was no relationship between return to sport and year of study publication. RTS was evaluated between 5 and 142 months post injury and there was no relationship between time of assessment and return to play – this indicates that even at short follow up times like 5 months, most people would have RTS if they were going to. This is consistent with a mean time to return to sport of 6 months +/- 1.8 months (this was based on a smaller subset of 37 studies).

Clinical interpretation: on first inspection it seems that 80% of people with an AT rupture return to sport and this occurs at about 6 months post injury. However, this dropped to 77% among studies that reported how they assessed RTS. And the 95% confidence interval may be as long as 70% - so that is 3 out of every 10 athletes with an AT rupture may not return to sport – pretty high! There is obviously some variability between studies which may be explained by many factors, such as rehab received, group demographics, sport returning to, etc. But putting that aside there is still a significant proportion who do not return.

A key question, and one that the authors touch on only very briefly, is when are AT rupture patients ready to return to sport (RTS)? Good question! A recent consensus statement by Ardern and many other experienced clinicians focused on RTS, and is a good read, although I found it took a couple good reads to absorb. They look at definitions of RTS, how to measure RTS, evidence for RTS criteria and reasons some people do/do not return in common areas such as ACL and Achilles, and suggest areas for future research. Let’s pick up on a couple of interesting bits from this consensus statement… 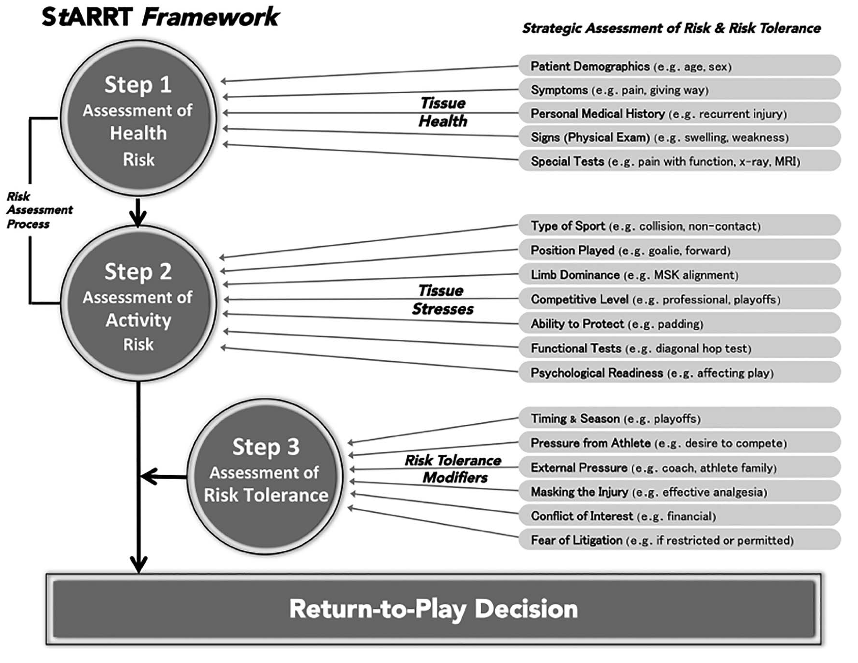 Let’s take RTS after ACL injury as an example and examine some of the key factors. It is recommended that in the case of ACL, RTS should be based on basic function tests (e.g. torque, rate of force development, hop tests), and also sport specific challenges (e.g. reactive change of direction that involves quick decision making), and psychological readiness. The Injury Psychological Readiness to Return to Sport scale can be used to determine psychological readiness and asks questions about confidence to play, confidence to play at 100%, etc. Key points are function, sports specific function and psychological readiness are all important. A reminder that as clinicians we need to be thinking multi-dimensionally and about people individually.

Does the same apply for AT rupture? In the Ardern et al. consensus statement they highlight the lack of criteria for RTS for Achilles rupture. What I tend to use as criteria is not dissimilar to the components in the ACL example. The questions I would ask clinically relate to:

1) Self perceived readiness and fears

Gauge their self perceived function. I use the patient specific functional scale and ask about their training function out of 10, 10 being perfect/full recovered. You can also ask about specific components of sports specific function, for Achilles tendon patients jumping ability and acceleration are often important.
Fears and beliefs. Achilles rupture patients often fear re-rupture. They may also believe that if they return to the same level or push hard it will ‘go’ again. So you want to assess whether they REALLY have the confidence it has recovered and will withstand load and address fears and beliefs if present.
2) Current level of function

Starting point here is basic functional proficiencies such as seated calf raise 8RM function, standing calf raise function under load. This needs to be progressed to power and rate of force development tests, I use maximal forward hops, fast box hops, and have started using a force plate to measure vertical stiffness, but clinically this is not necessary.
Gradually integrating the athletes training or components of it, and this becomes a function test in itself. Can’t get much more sport specific than that! The outcome is the ability to complete training components, and their self perceived performance or rating of perceived excursion. There is a developing literature on how to progress training loads eg the acute vs chronic ratio is popular. The key is gradually and individually because obviously we are dealing with multidimensional issues, load is not the only factor.
How is this different if we are returning an Achilles tendinopathy patient back to sport? The additional parallel consideration is pain and making sure they remain load tolerant – i.e. they need to understand load tolerance and be able to self monitor and progress their loads accordingly, or at least be part of the process – this fosters self efficacy, motivation and positive expectation, and ultimately a better outcome.

Where to from here? We need a greater understand of RTS criteria and factors that people that do/do not RTS, and whether we can change these factors to influence RTS. In ACL we have some clue, eg factors such as younger age, absence of concomitant full thickness cartilage injury, being a professional athlete, psychological readiness and symmetrical knee function are important for RTS, as well as close follow-up and high-quality sports physiotherapy interventions are associated with RTS (see Ardern et al. 2016 for details and references). Another area Ardern et al. identify for future research is how can we quantify return to participation vs return to performance.

The other image is from the Ardern et al. 2016 RTS consensus statement 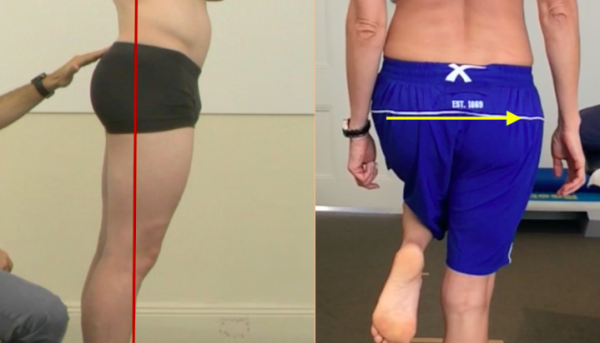 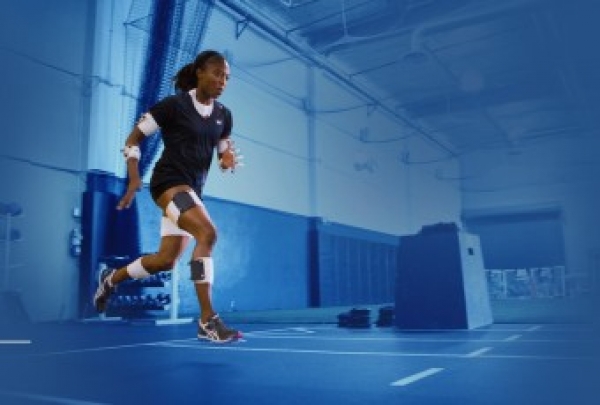