Muscle and Tendon Adaptation during Adolescence

Welcome to tendinopathy blog 34 (subscribe here). This week we focus on a paper looking at the interplay between the development of quads muscle and patellar tendon tendon properties among adolescent volleyball players and controls over a year. A Herculean effort on the part of the authors.

The type of paper you read eagerly because it has the potential help us understand the high patellar tendon injury rate we see in this group of athletes.

Background: The paper from Mersmann et al. in this weeks blog caught my interest for many reasons. One of them is that it is out of Prof Adamantios Arampatzis’ lab in Germany and they have produced excellent studies investigating tendon response to load. This time they were interested in tendon and muscle response to load in adolescents.

We know both muscle and tendon ‘adapt’ to load, which generally means increased ‘mass or capacity eg torque for muscle and increased stiffness for tendon (not the only but a common outcome investigated for tendon, others include cross sectional area). But, adaptation may take longer in tendon and may require greater load intensity.

A logical assumption is that tendon may be exposed to greater loads and risk of injury because the muscle grows too quick and is too strong for it (at least in the short term) during periods of high activity. The authors hypothesis that during adolescents loading interacts with stimulus for maturation which may further increase the risk. In this study they investigated.. ‘for the first time the development of muscle and tendon properties in three-month intervals during one year in adolescent volleyball athletes and non-athletes in-vivo.’

What they did: They recruited 26 national level German junior volleyball players and 13 similar aged habitually active controls. They measured maximal knee extensor moment (Biodex dynamometer) and patellar tendon mechanical properties. They did this by asking them to maximally contact their quads again in a dynamometer and then measured patellar tendon elongation with ultrasound imaging. This allowed them to estimate tendon properties like stiffness and strain. They took these measures every three months for a year on the participants’ dominant leg. These measures are pretty labour intensive and time consuming and this probably explains why they had pretty massive attrition – 19 people dropped out of the study in total. In the end 12 athletes and 7 controls completed the study. The volleyball players performed on average 16 hrs of sports specific training per week and the controls performed an average of 4 hrs of recreational training.

They interpreted patellar tendon strain as the main outcome because it provides an estimate of ‘how the integrity of the tissue is challenged’. They argue that stress (force divided by cross sectional area) is a poorer measure as it tells you how much load is going through the tendon, but not the tendons internal response to that load.

Is there mismatch between muscle and tendon development? YES

Tendon stiffness and strength improved independent of group as you would expect in maturing athletes. Muscle strength was greater in the athletes.

The interesting finding was that there the athletes had greater fluctuations in muscle strength and strain (not stiffness) throughout the year. See the figure below. Some athletes had really high individual strains up to 10-12.5% at some points in the year, indicating increased mechanical demand on the tendon. Average tendon strain over time was also significantly greater in athletes (7.6%) vs controls (5.5%).

Muscle strength predicted fluctuations in tendon strain. Also, tendon force predicted tendon stiffness, however this prediction was less certain for the athletes, indicating less uniformity in development of tendon force and stiffness in this group.

Clinical interpretation: In the authors own words, the key findings were: ‘a) increased fluctuations of muscle strength (and tendon force) and b) less uniformity in the changes of tendon force and stiffness over time in athletes compared to non-athletes. In consequence, maximum tendon strain demonstrated considerable fluctuations over time with increased average levels and episodically markedly elevated individual levels of strain compared to controls. Therefore, our hypotheses were confirmed.’

In other words, the marked fluctuations in muscle development in the athletic group were not matched by tendon development, exposing the tendon to very high strains at times that may have relevance to patellar tendon injury.

We know that muscles and tendons adapt differently. Tendon has a lower metabolic rate and generally has a slower and smaller response to mechanical stimuli (eg Kubo et al. 2010). Muscle strength can increase simply by increasing neural activation, whereas material or structural properties need to change for tendon to get stronger, and this takes time (Häkkinen et al. 1993). Also, both high and low load stimuli can induce gains in muscle strength whereas tendon is particularly responsive to high loads (Arampatzis et al. 2007). These known differences in response of tendon and muscle to load potentially explain the mismatch in development observed in this study. Another key point the authors raise is that plyometric loading, the key loading type in volleyball, is an effective stimulus for muscle but not tendon (Kubo et al. 2007).

Fascinating stuff, because it provides a plausible mechanical explanation for the huge patellar tendon pain incidence seen in adolescent volleyball players. The next step is to test the assumption that increased strain increases the risk of injury.

If this assumption is supported, what can we do about it? Reduce the mismatch between tendon and muscle adaptation of course! Issue is we have no clue how to do that really.

Here are three clinical suggestions, but bare in mind they of course need to be tested. (Science is slow, but in the meantime, we do need to do something with our patients)

2. Manipulate jumping loads in these athletes – the no brainer here is slower and sensible load progression which often just is not the case in this cohort (the common scenario is they are half descent at volleyball so they jump (pardon the pun) from playing 3 times to something ridiculous like 6 times per week). You would think sensible load progression would allow the tendon adaptation lag to be smaller.

3. Manipulate they way they jump – remember this study only looked at patellar tendon strain in a lab setting when they were performing a maximal voluntary contraction. When they jump they can increase or decrease their tendon strain depending on their biomechanics and how load is distributed throughout the kinetic chain. Improving efficiency of jumping and landing skills in these young athletes may have some benefit here.

Lot’s more to learn but this study gives a good foundation for future studies that may be able to reduce pain tendon injury risk. 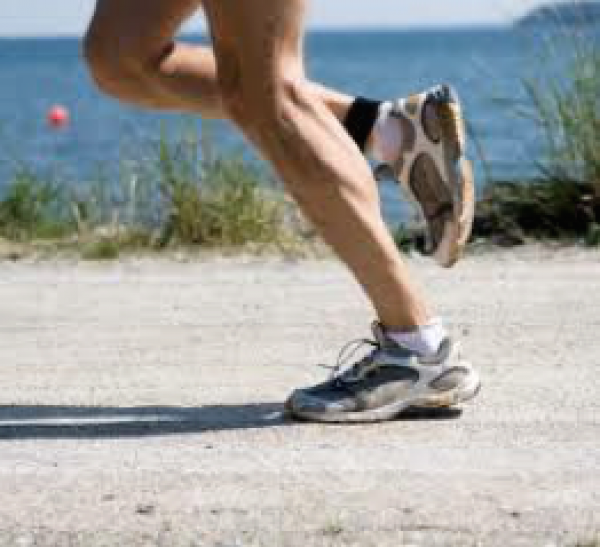 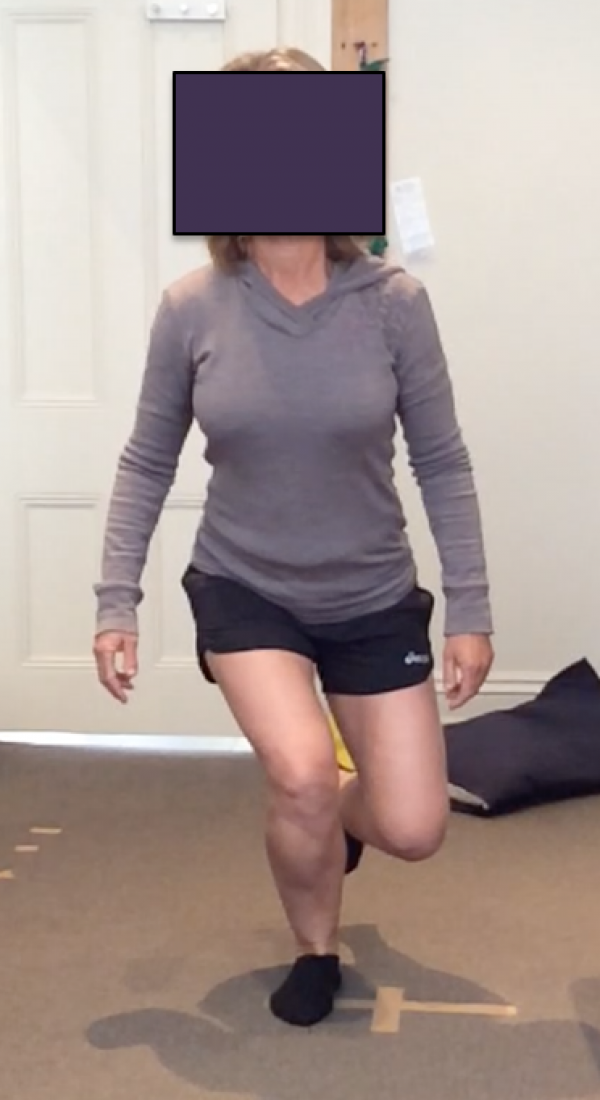