Welcome to tendinopathy blog 36 (subscribe here). This week we focus on a study that investigates the link between hip neuromuscular function and Achilles tendon pain. The authors also try and investigate whether hip neuromuscular function relates to single leg squat functional performance. Ambitious given the multiple factors that potentially influence single leg squat performance - can you guess if they found a link? I’ll give you a clue, the paper is a good example of how the biomechanical paradigm may be useful but often limited in clinical practice!

Background: There is lots of debate about the contribution of the ‘kinetic chain’ to overuse injuries such as Achilles tendinopathy. It seems intuitive that if you have reduced function (e.g. endurance) at a particular kinetic chain strategy then load may be redistributed to abler segments. A crude example of this is someone with poor function in their knee (let’s assume they have had long term anterior knee pain or prior knee surgery) developing a gluteal tendinopathy (on the same or opposite side). The issue is there are very few prospective studies investigating these links. One in the Achilles I believe by Hein 2013 and they found that reduced knee flexor (hamstring) strength was a risk factor for developing Achilles pain. Some studies investigate EMG around the hip among people with Achilles pain and have found changes in timing and activation of gluteals (Franettovich-Smith 2014, Azevedo 2009) but in this cross sectional design we cannot be sure if these changes precede or follow pain.

Habets and his coauthors 2016 author pick up on this kinetic chain evidence and argue that one of the reasons why people may not respond to exercise interventions such as eccentric loading is because the kinetic chain is not addressed. Yes, I agree this is one potential explanation, but possibly a minor one, when considering other potential factors such as exercise adherence, exercise progression, patient beliefs about pain, pathology and injury and whether they have strong beliefs about what they need, comorbidities, etc. Clinical experience suggests that significant and meaningful kinetic chain issues are less common than other potential pitfalls, but nevertheless still worthy of study.

Anyway, back to the story of this paper. The wanted to further investigate the link between neuromuscular strength deficits around the hip and Achilles tendinopathy and have explored. They go on to argue that as in PFJ, dynamic knee valgus may be important for Achilles patients, by causing pronation and ‘whipping’ of the Achilles. This is somewhat surprising given the evidence linking foot pronation and Achilles tendinopathy is limited and contradictory (Dowling 2014). Regardless, based on this rationale, the second part of what they did was investigate functional performance (basically kinematics) during a single leg squat to see if this was related to Achilles pain, and to hip neuromuscular strength.

What they did: They conducted a cross-sectional case control study among 12 male recreational runners with midportion Achilles pain and 12 controls matched for age (+/- 5 years), sports type, current training (<3hrs/wk, 3-7hrs/wk, >7hrs/wk). Achilles diagnosis was based on ‘1) subjective self-reported activity-related pain at 2-6 cm proximal to the calcaneal insertion, 2) pain on palpation by the examiner’. They excluded people  with insertional AT or bilateral mid-portion AT, a history of Achilles tendon rupture, if they had a corticosteroid injection in the Achilles tendon in the previous 12 months, other injuries of the lower extremity during the past 12 months, or if they had a neurological or systemic disease.’ Self reported pain and function was measured with the Victorian Institute of Sport Assessment-Achilles (VISA-A).

Isometric hip strength was measured with a hand held dynamometer. Participants were asked to push maximally during the 5 s contractions (make test, rather than a break test) but verbal encouragement was not provided. Hip abduction in sidelying, hip external rotation in sitting with 90 degrees hip flexion and hip extension in prone were tested. They also assessed single leg squat performance clinically using the Crossley scale. Participants stood on a 20 cm box and performed a single leg squat to about 60 degrees. The Crossley scale includes 5 criteria: kinematics at the trunk, pelvic, hip and knee, and overall impression. Performance is rated as good, fair or poor – good if they do well for 4 out of 5 criteria; fair if they do well on 1, 2, or 3 criteria; and poor if they do not perform well on any criteria (see below)

Clinical interpretation: The authors were able to show that the Achilles pain group had approximately 30% less strength than controls and strength was down on both sides. The question is why? Given all hip directions were suspiciously equally affected, it suggests global inhibition of the motor system, possibly due to motor cortex inhibition secondary to pain? inactivity secondary to developing Achilles pain? One methodological point to consider is that they controlled for bodyweight but not for lever length ie moment arm when determining isometric strength.

The lack of association between functional performance on single leg squat and Achilles tendinopathy is not surprising. We know from prior evidence, and as discussed earlier, coronal plane kinematics, at least at the foot, are not clearly linked with Achilles tendinopathy in the literature. The other considerations are the small sample size and the semi-quantitative rating scale. You could argue that 3D kinematics in a lab may have been more revealing, although the Crossley scale is probably more reflective of clinical practice. Finally, how sure are we that observing three or so single leg squats at a given time reflects an individual’s performance well, i.e. how valid is this measure given normal variability in how humans perform challenging functional tasks like a single leg squat.

What I found interesting (because it confirms my biases J) is that there was no relationship between functional performance in the single leg squat and isometric hip strength. We know from the literature that both increased (e.g. Bandolm 2011) and decreased (e.g. Stickler 2015) hip abduction strength has been linked with dynamic knee valgus – the relationship is far from clear and there are many other factors to consider aside from hip strength ie apprehension and fear, ankle range, structural biomechanics like tibial torsion, gender, injury/pain, etc. In fairness the authors did measure some, such as weightbearing ankle dorsiflexion range in an attempt to determine whether the groups were vaguely matched for these confounders.

But gee whiz what a Herculean task to identify the contributors to single leg squat function in the lab, let alone the clinical setting. And then there is the question of if you can change them. And of course whether it is even necessary too. I don’t think we are that advanced in clinical practice at this stage to navigate this clinical reasoning confidently, although now and then you do get a patient that fits our limited and flawed biomechanical thinking. So if this is your only practice paradigm you will inevitably be disappointed, probably very often! Or you are very very good at making stuff up as you go along.

A parallel paradigm (and one I spend a lot of time in when treating tendon patients) is simply to develop load tolerance and their functional capacity. The Achilles group in the study would probably benefit from general kinetic chain loading given hip function seems globally inhibited, you probably do not need to be too fussy! 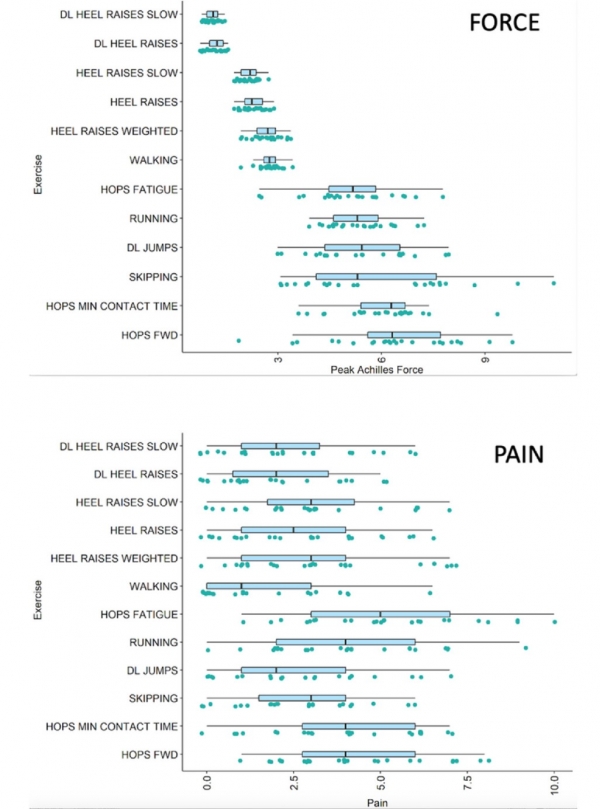 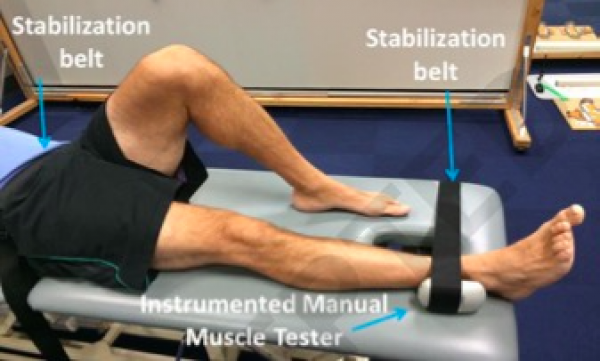 Tendinopathy Updates (FREE)Jan 2016
The obscure relationship between strength, movement and injury (and more)